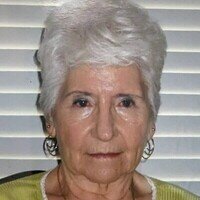 Vera Bruns of Winter Haven, Florida passed away on January 31, 2022. She was 97. She was born on July 8, 1924, to Leo and Rose (Kahlig) Wenning of Philothea, Ohio. Vera and her husband Wilfred moved to Polk County in the early 1990’s from Greenville, Ohio and made their permanent home at Brookhaven Village, Winter Haven, Florida in August of 1994. Vera was the only one of her siblings to graduate from high school. She graduated from Coldwater High School, Coldwater, Ohio in 1942 and moved to Dayton, Ohio where she was employed at Wright Patterson Air Force Base as a data processor. She was a wartime bride and married Wilfred Bruns of Burkettsville Ohio on December 20, 1944. Wilfred was in the US Navy and they were married when he was on furlough. She left the workforce in 1944 to raise her family. She returned to work when her three older children were of school age. She worked as a meat packer for Werling’s Slaughterhouse in Burkettsville, Ohio. In 1959, Wilfred and Vera purchased the Wagon Wheel Night Club in Burkettsville. Ohio and operated the bar and restaurant until 1963 when they moved to Greenville, Ohio. Vera was then employed as a pattern cutter with General Athletic Company in Greenville, Ohio. When General Athletic Company went out of business she gained employment at Corning Glass Corporation in Greenville, Ohio where she worked as a glass inspector. She retired from Corning Glass Corporation August 1, 1989. She was a member of St. Ann Catholic Church in Haines City, Florida. She is remembered as being an amazing seamstress, cook and ceramic artist, a true perfectionist. Vera was predeceased by her mother, Rose, at a young age and is also predeceased by her father, Leo and his wife, Kate (Holscher) Wenning; husband, Wilfred August Bruns; son-in-law, David Niemeyer; brother-in-laws, Albert Knapke, Willy Fullenkamp; sister-in-laws, Rosemary Wenning and siblings, Ray Wenning, Dorothy Knapke, Cletus Wenning and Irene Bender. She is survived by her sister Lilly Fullenkamp and sister-in-laws Mary Wenning and Agnes Bruns. Children: son, Ken Bruns and his wife, Virginia of Cleveland Heights, Ohio; daughter, Becky Niemeyer and her husband, Roger Niekamp of St. Henry, Ohio; daughter, Bonnie Neff and her husband, Terry of Mansfield, Ohio; son, Gary Bruns and his wife, Halinka of Shreveport, Louisiana; She is survived by nine grandchildren and thirteen great grandchildren. A celebration of life service will be held at a later date. Memorials may be made to your local hospice facility or Good Shepherd Hospice, 450 Arneson Ave., Auburndale, FL 33881. You can also have masses said in the memory of Alvira Bruns. “What we once enjoyed and deeply loved we can never lose, for all that we love deeply becomes part of us” Helen Keller