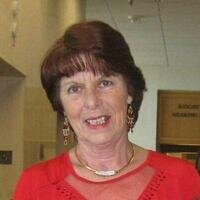 Barbara Walsh, 67, of Davenport, Florida passed away on February 9, 2022 at South Lake Hospital in Clermont. She was born on April 16, 1954 in Central Islip, New York to Timothy J. and Lillian Van Ysseldyke O’Sullivan. Barbara moved to Florida in 1985 from Long Island, New York and worked for 10 plus years in the real estate industry as an office administrator. Barbara enjoyed gardening, reading, crafting, shopping on Amazon, and spending time with her family. She was an inspiration to many; a loving example of kindness, forgiveness and humor. She was a very strong woman who never gave up on anything. Barbara may have looked tough on the outside, but she was actually tender-hearted, sweet and sensitive on the inside. She is remembered for her unending capacity of love and compassion for her family as well as her friends. She is preceded in death by her parents, Timothy and Lillian. Barbara is survived by her loving husband, of 47 years, Michael Walsh; sons, Nathan and Adam Walsh; daughters, Kathleen Walsh, Megan (Robert) Fanelli, and Mary Walsh; brothers, Timothy O’Sullivan, Michael O’Sullivan, and Robert O’Sullivan; sister, Rosejane Sherrod, Janet Walters, and Kathleen DiMatteo and grandchildren, Lena, Robby, Mary and Jane. A visitation will be held on Friday, February 11, 2022 from 5:00 to 7:00 p.m. as well as Saturday from 4:00 p.m. to 7:00 p.m. A funeral service will be held on Sunday at 3:00 p.m., all at Oak Ridge Funeral Care in Haines City, Florida. Memorials may be made to the Moffitt Cancer Center.