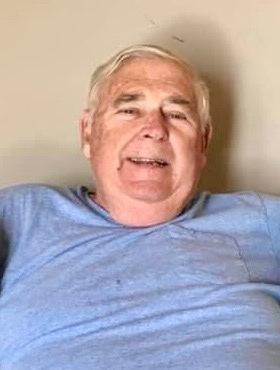 Michael James Holleran, Sr., 74, passed away on Wednesday, March 23, 2022, at his home in Davenport, Florida. He was born on August 6, 1947, in Pittsburgh, PA to Harry and Valerie Rufner Holleran. Michael served in the US Marines Corps Reserve for 6 years. He moved to Florida in 1987 from Charleston, South Carolina and worked as a general contractor for 40 plus years in the construction industry. He was a member of the VFW and was of the Christian faith.

Michael had a passion for fishing, fixing cars, restoring muscle cars, and collecting armory. He was one of kind and very outgoing. He was caring to his children and family and lastly, he was a man with a very big heart.

He is preceded in death by his parents and sister. Michael leaves behind to cherish his memory his son, Michael James Holleran II and his wife, Mollie of Westerville, OH; daughter, Holly Miller and her husband, Steve of Providence, RI; brother, Tim Holleran of Bradenton, FL; and three beloved grandchildren: Madison, Alex, and Cooper.

In lieu of flowers, donations may be made to the ASPCA in Michael’s name. A celebration of life service is being planned by the family for later this year

To send flowers to the family or plant a tree in memory of Michael Holleran, please visit Tribute Store

In lieu of flowers, donations may be made to the ASPCA in Michael’s name. A celebration of life service is being planned by the family for later this year.

Share Your Memory of
Michael
Upload Your Memory View All Memories
Be the first to upload a memory!
Share A Memory
Send Flowers