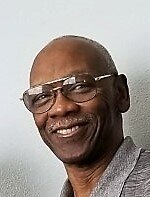 He accepted the Lord as his personal Saviour at an early age. Upon Graduating from High School in 1964. He attended Southern Illinois University in Carbondale, Illinois. There he joined the Kappa Alpha Psi Fraternity, where he had many fond memories and met a life-long friend and Frat Brother Clarence Nolden.

After three years of College, he joined the United States Army in 1969, where he , served our country, and fought in the Vietnam War, his Rank was a SP4 (Specialist 4). After serving his time, he joined the Army Reserves and served for eleven years. Albert was a dedicated soldier serving his country. We are very proud of him.

He worked for a short time at McDonald Douglas Aircraft after the Army. Then started his career working for the United States Postal Service where he worked faithfully in St. Louis for 15 yrs. and 8 years in Chicago, Illinois.

Albert always wanted to be an entrepreneur, so he decided to do just that. He started his own business in buying property and rehabbing them and became very successful in his business until he became very ill and couldn’t continue the business. He was very proud of what he had accomplished.

To send flowers to the family or plant a tree in memory of Albert Hendricks, please visit Tribute Store
Tuesday
12
July