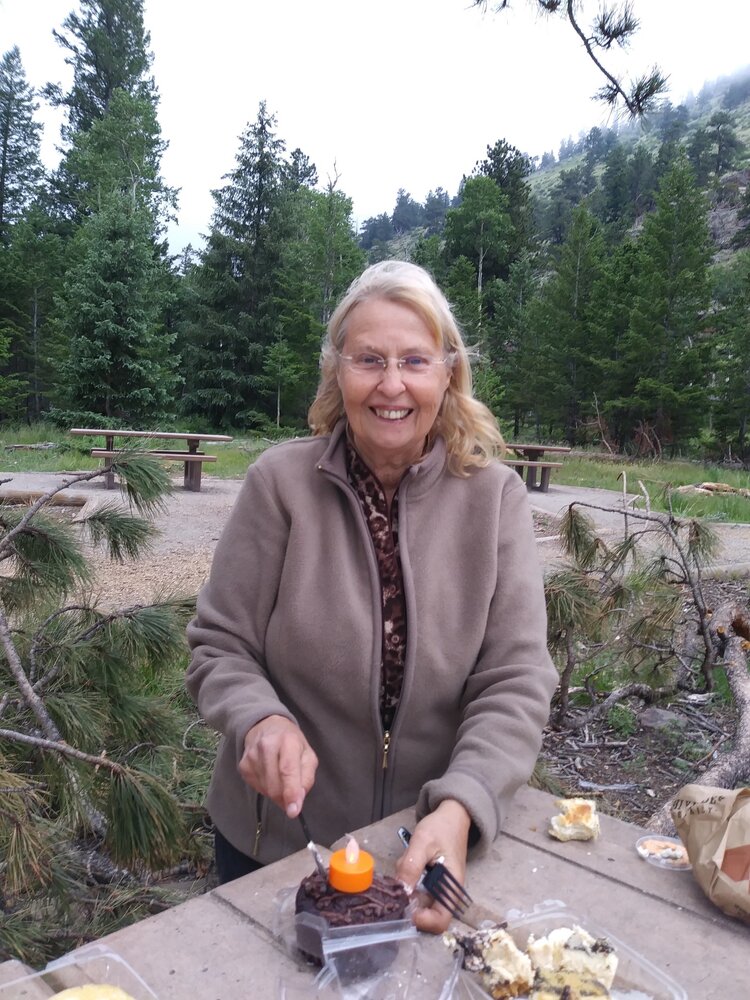 Obituary of Arlene B. Gmitter

Arlene B. Gmitter was admitted into heaven on Monday, August 1st, 2022. She had just celebrated her 70th birthday at the end of June.

Born June 19th, 1952 at Bayonne Hospital in Bayonne, New Jersey, Arlene had lived in Florida since 1982 and Polk County since 1985. Her and her husband Fred welcomed their first miracle baby Julie Jessica Ann Gmitter, after more than 7 ectopic pregnancies and numerous attempts, on August 26th, 1987 at Winter Haven Hospital. Despite never giving up on giving Julie a sibling, 7 years later saw advanacements in fertility treatments, and with in vitro fertilization, which included hundreds of daily hormone injections Arlene and Fred were able to conceive their second miracle baby, Kacie Ann Abbie Gmitter on June 23rd, 1994, just four days after Arlene's 42nd birthday.

Arlene earned her Associate's degree from Polk Community College and dedicated her time to volunteering and working with preschool children at Beymer Methodist in Winter Haven, and did the same throughout Julie and Kacie's lives at every single school, Girl Scouts, soccer, gymnastics, chorus, band - every single activity.

Her two daughters, Julie and Kacie, were her life. Her heart grew another size in 2019 when Elliott Jerzy Ramjit was born to Julie and Arlene became a Grandma. He called her his "GiGi" and they played together as long as they could each time we visited. Their bond was what kept Arlene going, along with Julie and Kacie's love, when she got sick.

Arlene was an avid concert goer, nature lover, hippie, proud vegetarian for over 45 years, and lover of all plants, animals, and people she came across on her journey. She is survived by Julie and Kacie and her "forever valentine", her one and only grandson Elliott Jerzy. She will be forever loved, cherished, remembered, and missed.

To send flowers to the family or plant a tree in memory of Arlene Gmitter, please visit Tribute Store
Saturday
13
August

Share Your Memory of
Arlene
Upload Your Memory View All Memories
Be the first to upload a memory!
Share A Memory
Send Flowers