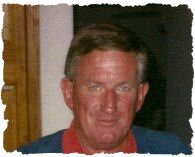 Edward T. "E.T." Williams, 72, of Winter Haven, Florida, and formerly of Philipsburg and Morrisdale, Pennsylvania, passed away on Wednesday, August 17, 2022, at his residence.

In 1971, after graduating from Lock Haven University, Mr. Williams began his teaching career for the West Branch Area School District; first at the Cooper School and then at the newly constructed West Branch Elementary. He retired in 2003 with 32 years of service. During his time at WB, he coached many sports including boys' basketball, softball, and football. Most notably, he was an assistant coach for the 1988 District 6 Championship football team. Mr. Williams also worked as a high school basketball referee and softball umpire.

Ed was preceded in death by his parents; one brother, Charles "Chuck" Willams.

Ed is survived by his daughter, Stephanie MacTavish and her husband Glenn of Morrisdale; and son, Brandon Williams and his wife Krista of Kylertown. Seven grandchildren, Kayleigh, Kamryn, and Mackenzie MacTavish, and Noah, Elijah, Leah, and Eden Williams. As well as one sister, Louise Roy of Sykesville.

A Memorial/Celebration of Life will be held Sunday, September 4th, at 5pm, at the Philipsburg Country Club Pavilion.

To send flowers to the family or plant a tree in memory of Edward William, please visit Tribute Store
Print
Share A Memory
Send Flowers