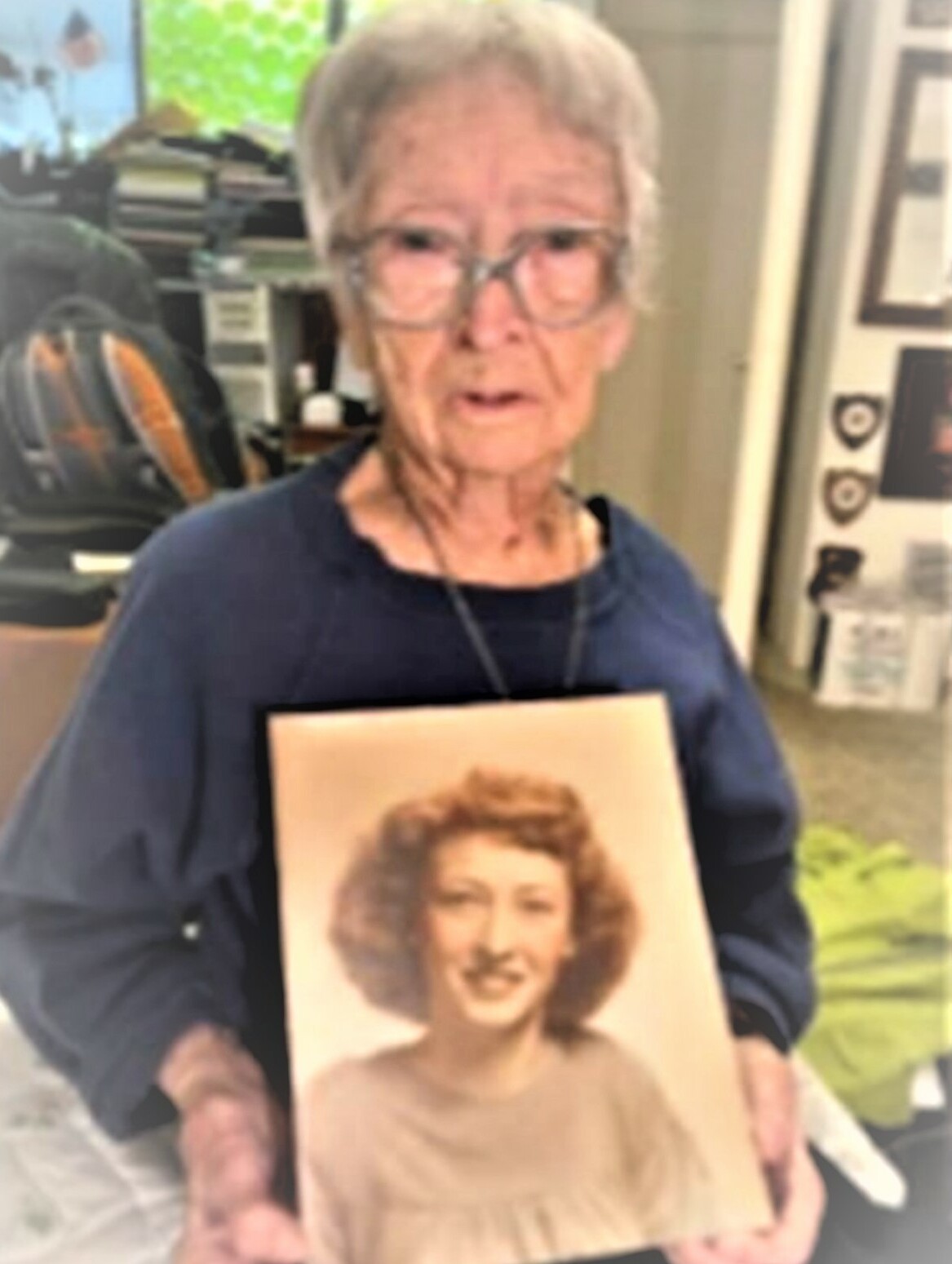 Norma Woods Bacon, 94, a loving mother figure, passed away peacefully in the early morning hours on October 3, 2022. She is now in God’s hands and at the side of her husband, Harold Bacon who passed away 10 years ago. Norma grew up in Hamilton, Ohio and shared a home with her two brothers, Arthur, and Marvin, and was primary caretaker for her mother who suffered through various illnesses. Norma met the love of her life when the family moved to central Florida in the late 1940’s. She and Harold were married for 64 years and lived in their quaint home on The Hill in Haines City for over 60 years. Norma was active with the Haines City First Baptist Church for most of her life and spent long hours helping them with Sunday school and their social programs. She was a well-respected seamstress and sewed many of her own clothes, in fact you could not tell her clothes were handmade clothes. That is how professional she was about it. She had a flair for decorating her home, particularly when it came to the holidays. She was an active volunteer with the Theater Winter Haven, helping them with costume design and decorating. In her later years, Norma was an avid gardener and took pride in her plants and her yard and was always proud of having the “greenest yard on the Hill.” She was active with the Daughters of the American Revolution and was a patriotic supporter of her country. She spent many years researching the genealogy of the Woods and Bacon family, and it was not unusual to see her in the libraries and cemeteries in Ohio and Kentucky tracing her family roots.

Norma spent many years working in the AV/media department at Haines City Junior High School. After her retirement from the school District, she traveled extensively throughout Europe. After her travels she became a voracious reader, immersing herself in books about the Irish countryside and the cultures of other countries.

Norma is survived by her nieces Heidi French and Michelle Woods, and her nephews Ralph French (Gladis), Ronald French (Anne), Arthur Woods Jr., and sister-in-law Bobbi Huntt. She particularly was supportive of Heidi, Ralph, and Ron when they experienced serious medical problems in their childhood. She was the mother they never had, and they will be forever grateful to her and Harold’s loving commitment to them.

Funeral services for those who would like to say goodbye to Norma will be at the Forest Hill Cemetery on the 8th of October at ll:00 am. In lieu of flowers, and supporting her one favorite passion, eating chocolates, please send a box of chocolates to a loved one. She would really like that!!

To send flowers to the family or plant a tree in memory of Norma Bacon, please visit Tribute Store
Saturday
8
October

Share Your Memory of
Norma
Upload Your Memory View All Memories
Be the first to upload a memory!
Share A Memory
Send Flowers