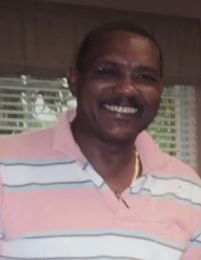 Francisco "Frank" Romero Farley, 69, of Davenport, FL passed away on October 28, 2022 at his residence. He was born on August 9, 1953 in Panama City, Panama.  He was of the Catholic Faith. Frank proudly served our country in the United States Army where he was stationed in Panama. He was a OSHA Health & Safety Engineer and worked for many construction companies before retiring from Lend Lease.

Frank was the first black pilot with one eye that flew planes this was one of his passions. He also enjoyed golfing, bowling and playing pool.  Frank was also a black belt and a bicyclist  who won many races for his country of Panama. He always had a story to tell people about his life. He was quite the character and everyone that knew him spoke highly of him and loved him.

He is preceded in death by his Father, Hubert S. and Mother, Eugenia Edwards Farley. Frank leaves behind to cherish his memory a son, Frank H. Farley. His brother, Humberto Farley; sisters, Veronica, Vilma, Vielka, and Valerie all of Panama. And a sister, Rosetta Farley of California. Three grandchildren, Janelle Amaris Farley-Miner, Jayden Farley, and Jovanna Farley. And a dear friend and companion Toni Miner. He also leaves to mourn a host of nieces, nephews, cousins, and friends.