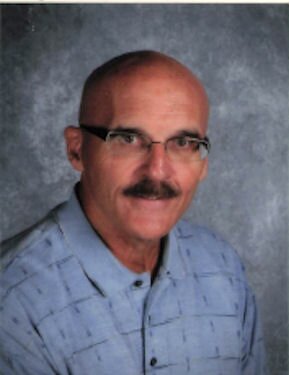 ﻿Charles Darte, 70, passed away December 20th. Charlie was born in Wilkes Barre PA to Lois Hammond Darte and Walter Darte. He grew up in Cunygham and moved to Camp Hill, where he graduated from Cumberland Valley High School in 1970. He played football and developed a love for wrestling there. He then earned a BS degree from Kutztown State College in Elementary Education and Special Education for the Visually Impaired. He continued to wrestle in college and was very successful. He also met his wife, Brenda, of 48 years at Kutztown where she kept score for the team. They married in 1974 and moved to Winter Haven in 1976. They joined First Presbyterian Church in 1978 where he is an elder.

Charlie taught in Haines City for 5 years, got his masters degree, and began coaching wrestling there. He transferred to WInter Haven High where he taught special education and then math for 35 years. He was a much loved Algebra teacher with his skill at teaching a difficult subject and his Friday jokes.

Charlie coached wrestling 25+ years. He coached 6 champion state wrestlers but more importantly impacted many young people’s lives through his dedication to wrestling and teaching. In 2014 the wrestling room at WHHS was dedicated as the Charles Darte Wrestling room.

Charlie was adored by his wife, Brenda, two children, Micah Darte (Sarah), Alecia Kortgoede (Alan), and two grandchildren, Grant and Gwen; as well as a brother, Walter Darte (Jo), sister, Margaret Gott, and nieces and nephews. Charlie loved his family dearly and was an amazing husband, dad and brother.

There will be a visitation at Oak Ridge Funeral Care in Winter Haven on Monday, December 26th from 6 - 8. The funeral will be Tuesday, December 27th at 10 at First Presbyterian Church.